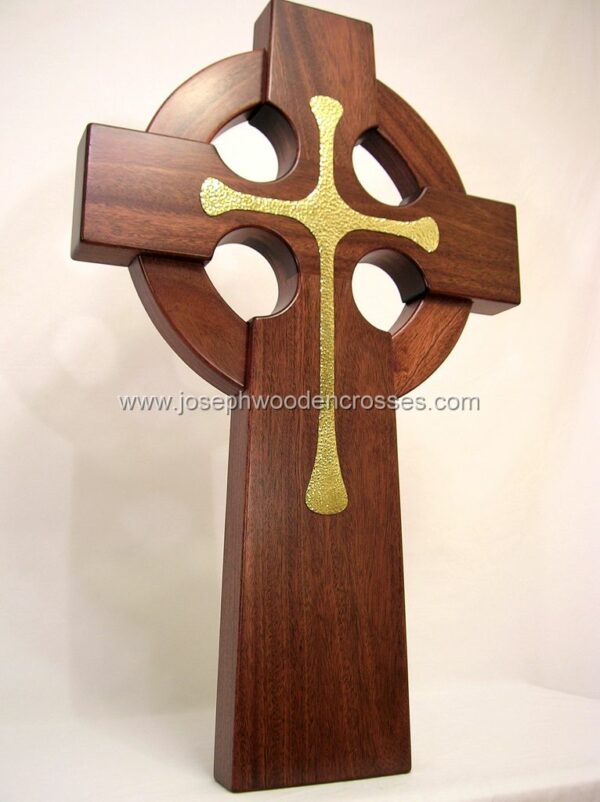 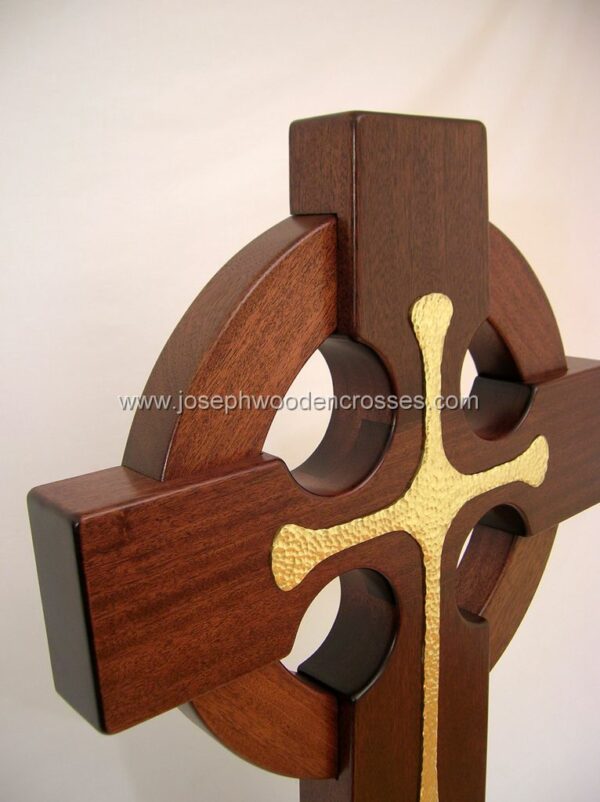 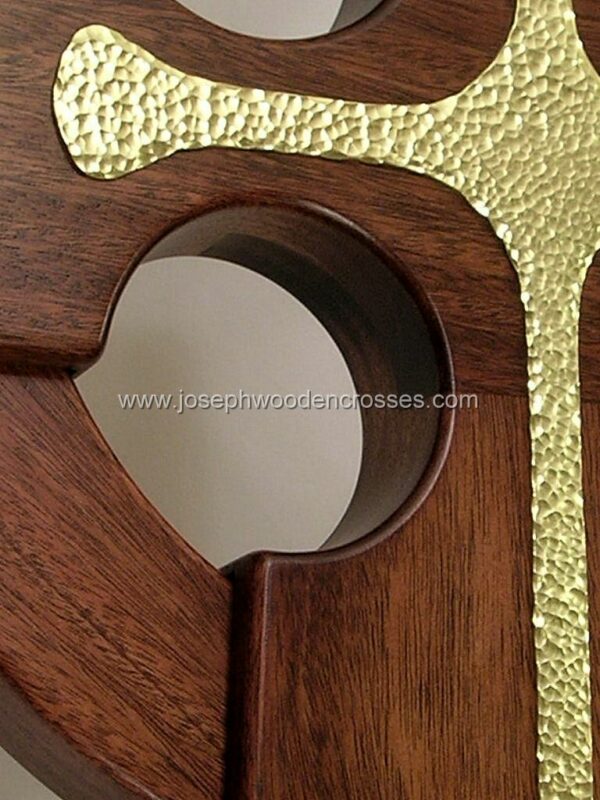 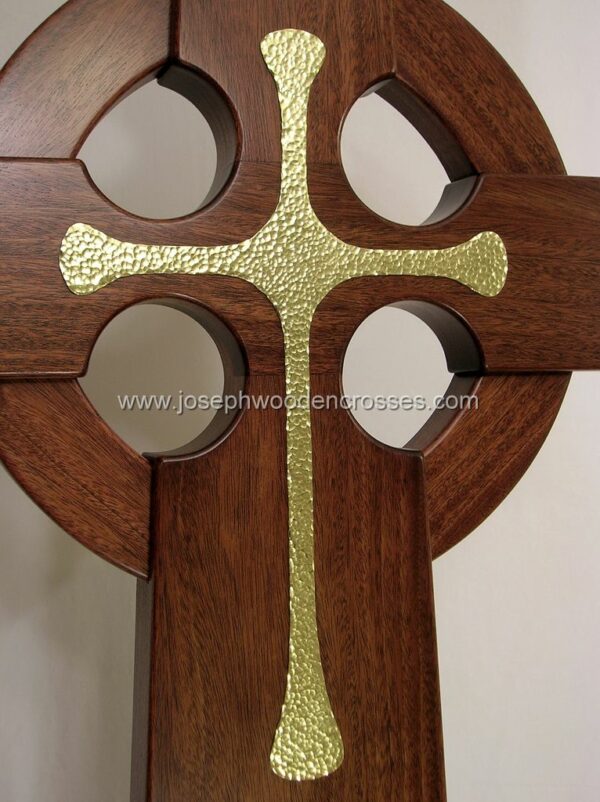 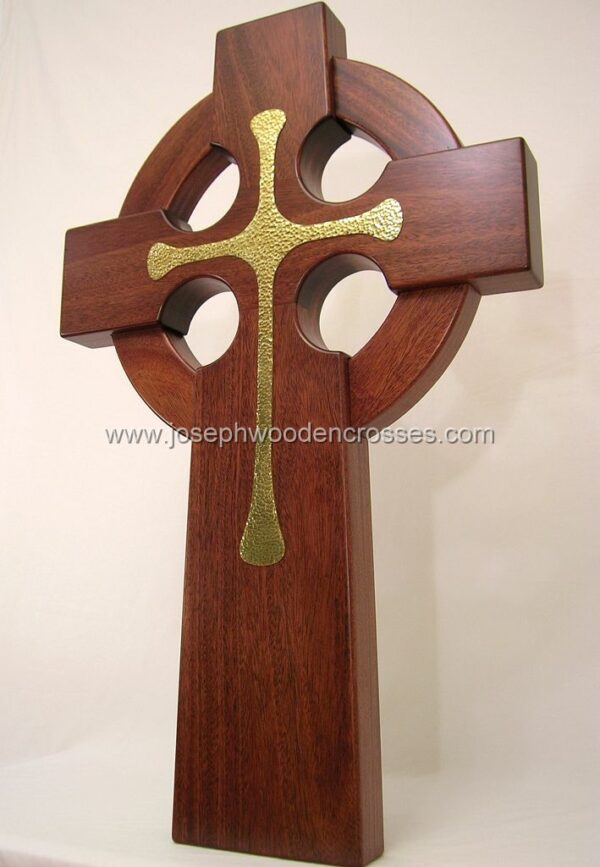 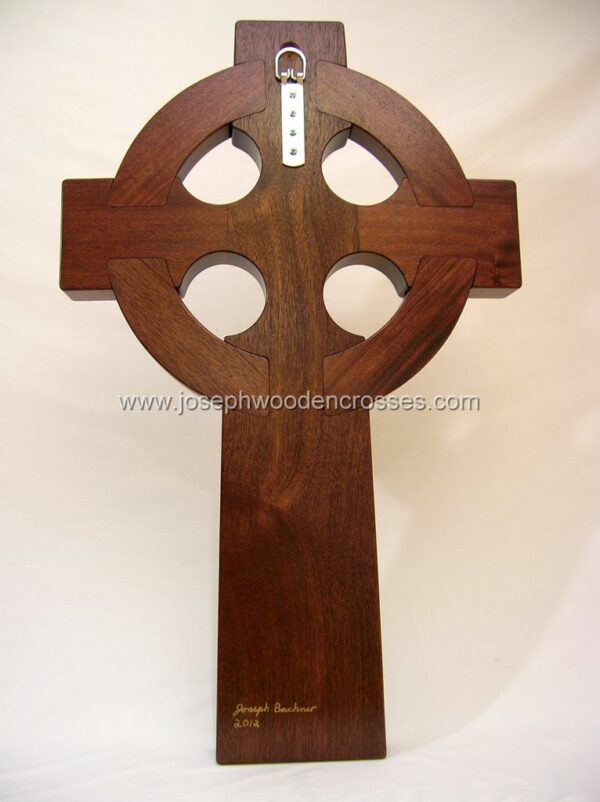 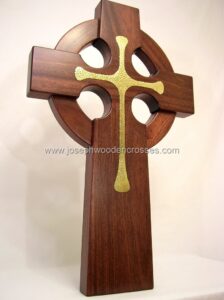 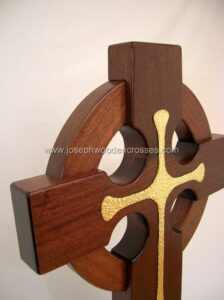 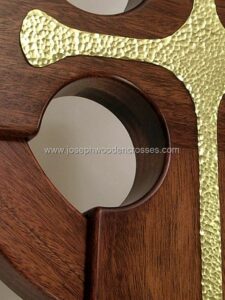 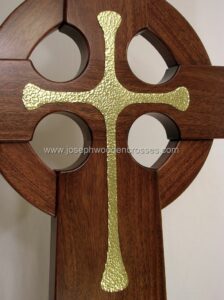 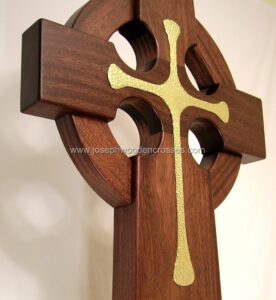 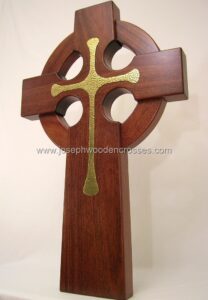 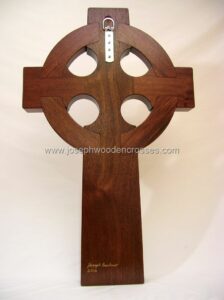 Great for hanging on walls with high ceilings, Church’s or Castle walls.

The Mahogany Irish Celtic Cross Brass Inlay is great for hanging on walls with high ceilings, Church’s or Castle walls.

The Mahogany Irish Celtic Cross Brass Inlay is finished with a Mahogany Stain and 4 coats of Clear Satin Polyurethane for a hard long lasting finish.
Heavy duty hanger on the back for wall mounting or hanging.

Each Mahogany Irish Celtic Cross Brass Inlay is Signed and Dated.
I have been making Celtic and religious crosses for many years. I take a lot of pride in the work. I am very particular in detail, cut, shape and design.