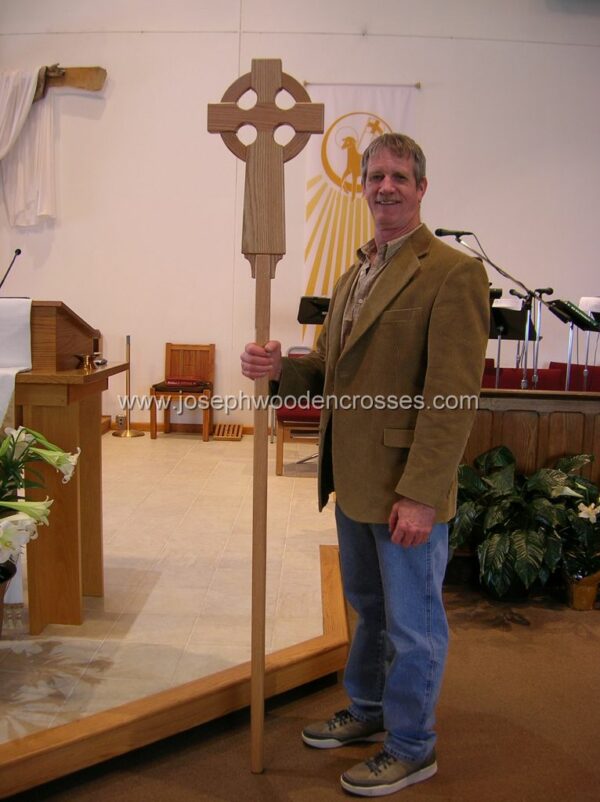 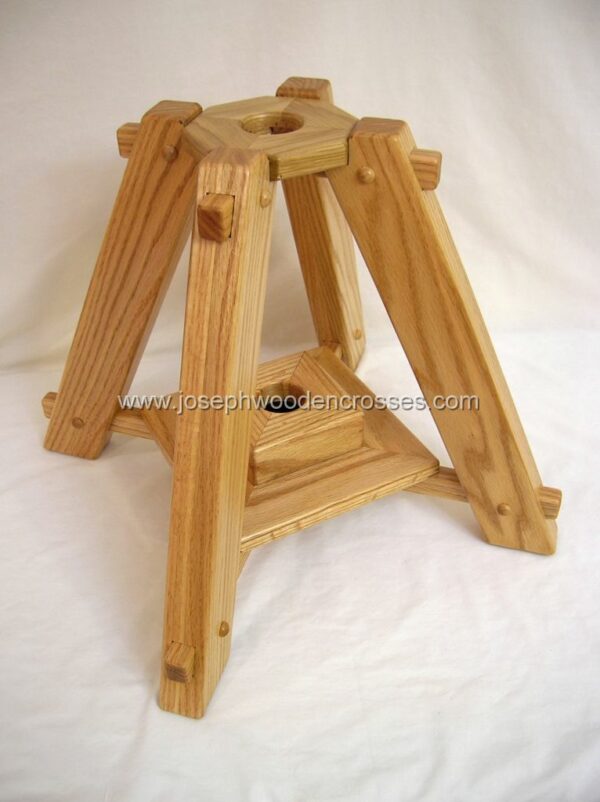 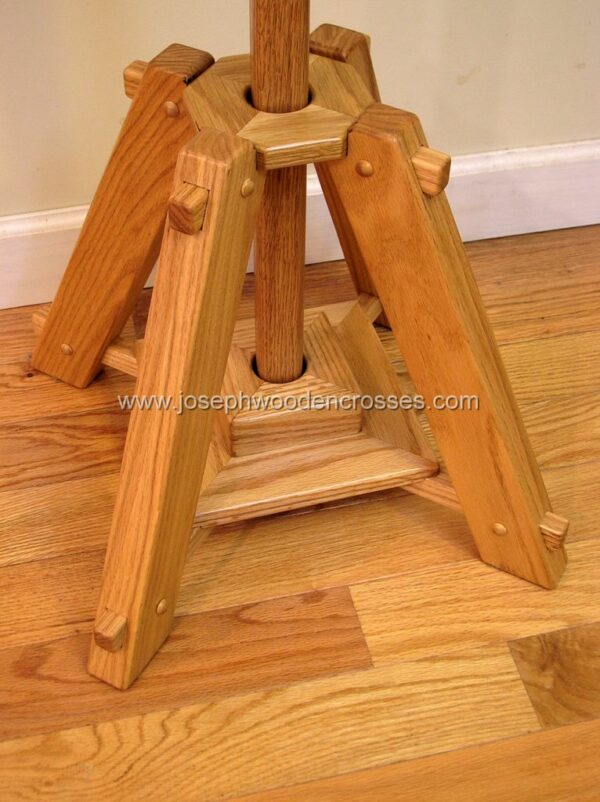 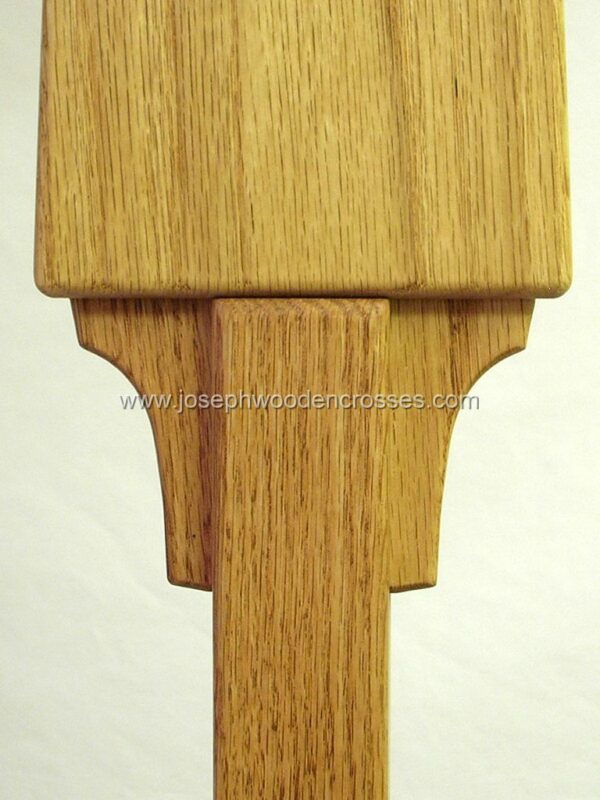 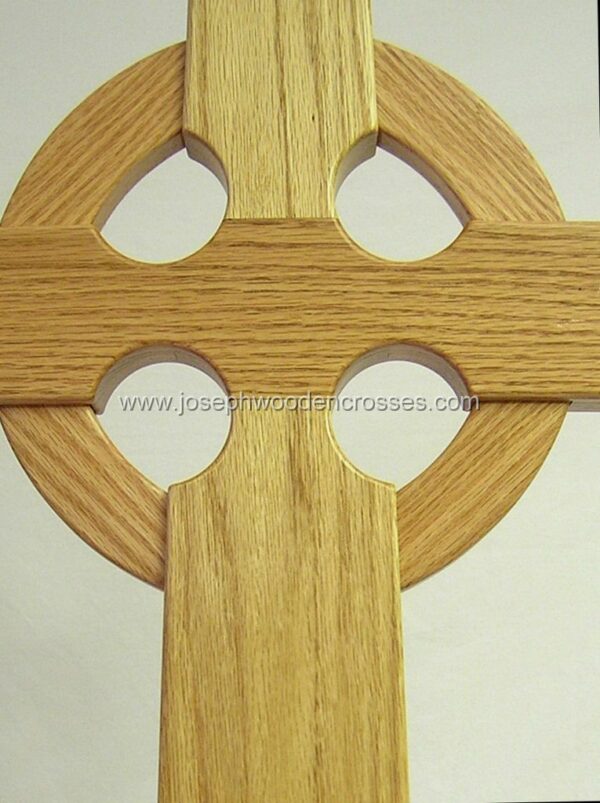 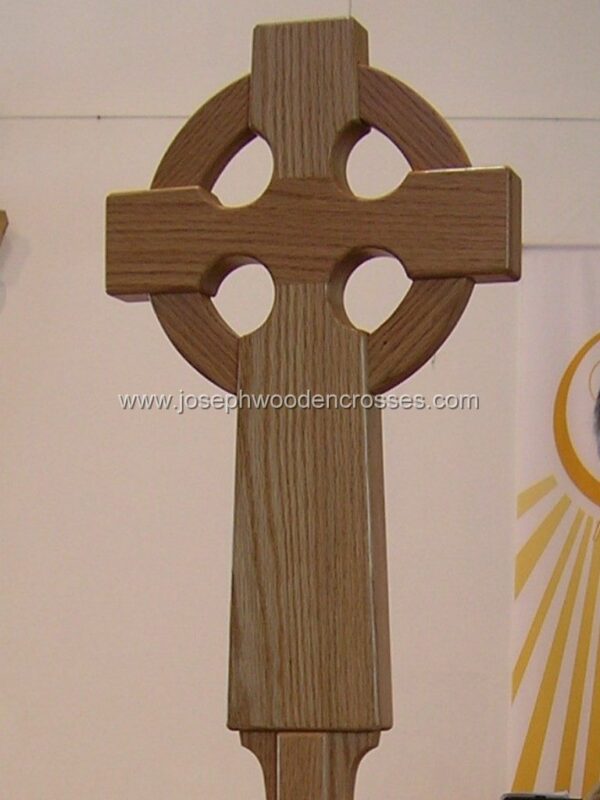 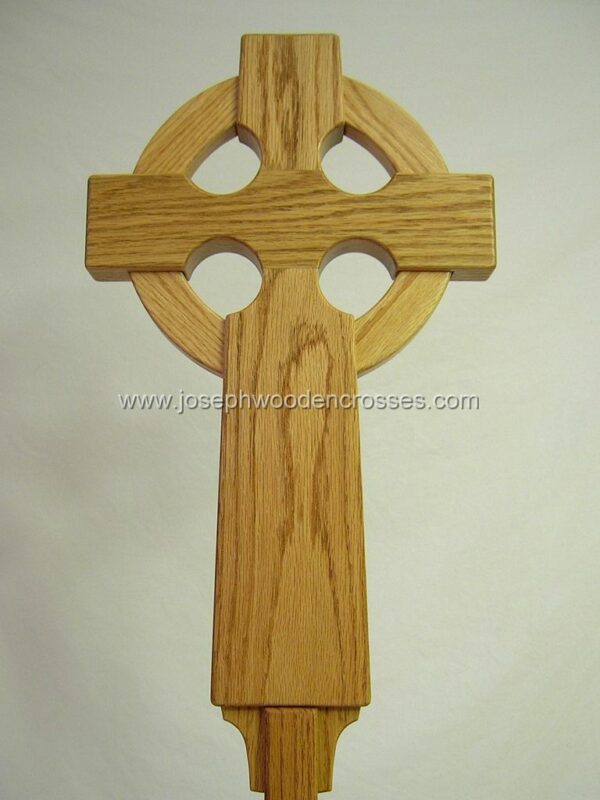 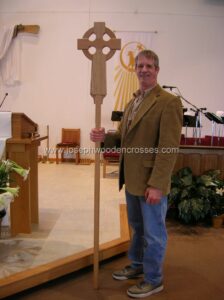 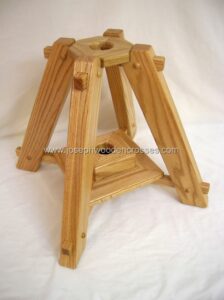 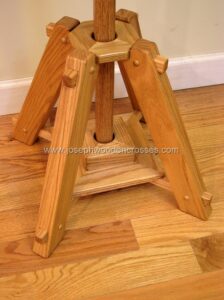 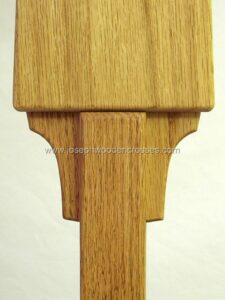 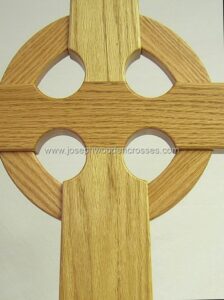 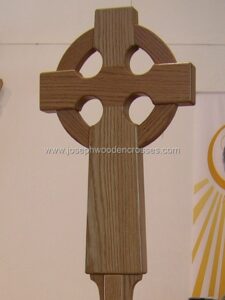 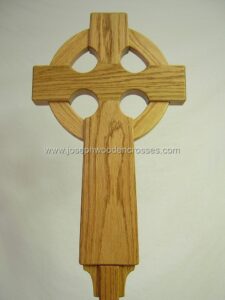 The Oak Celtic Processional Cross and Pole are finished with a Golden Oak Stain and Clear Satin Polyurethane for a hard long lasting finish.

I can make this with a shorter staff if needed for a child.
The Cross with Staff is about 5 pounds making it much lighter than a brass or bronze processional cross.

All of my work is of my own Design and Cut. I take great pride in my work. No art work leaves my shop until I am satisfied.

Please contact me if you have any questions.
If you don’t see the Cross you are looking for contact me, I do custom orders.