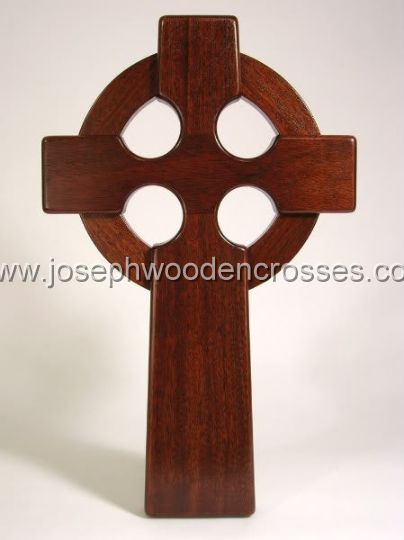 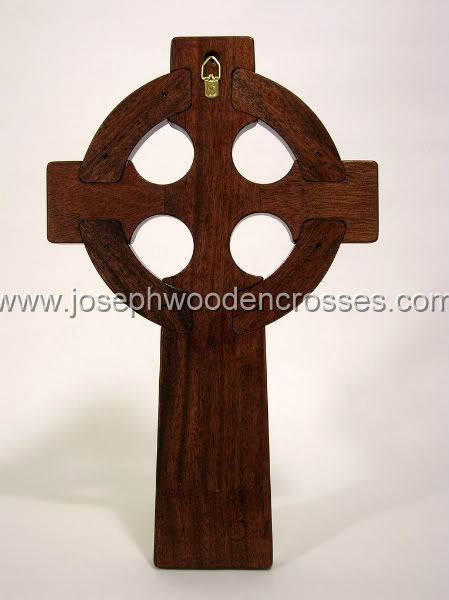 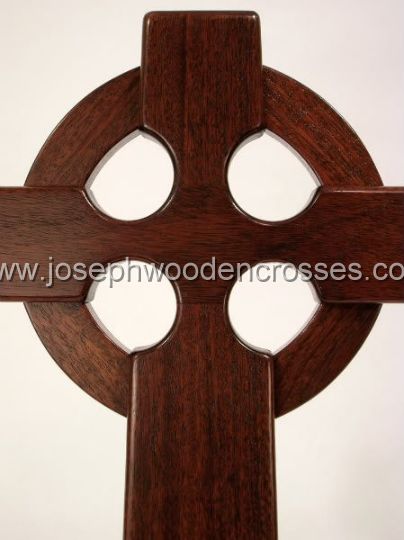 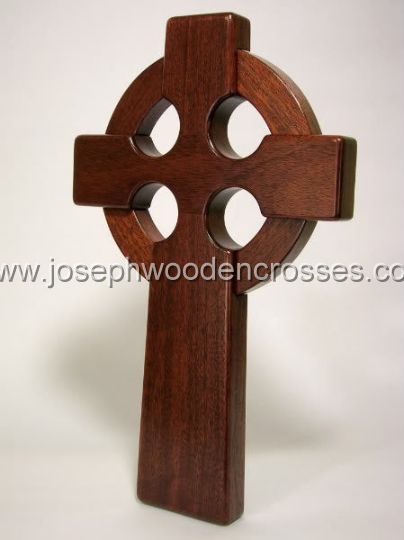 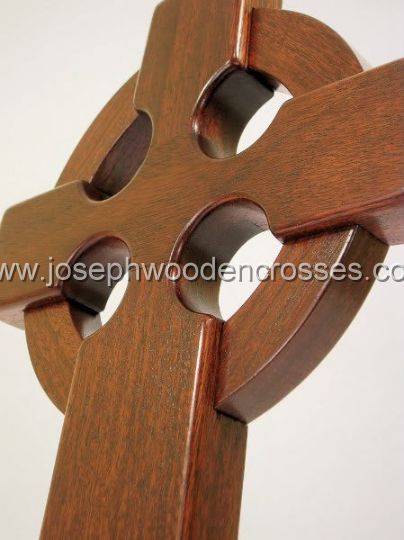 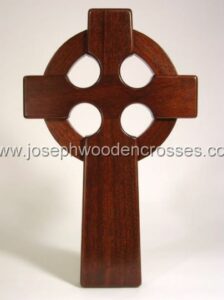 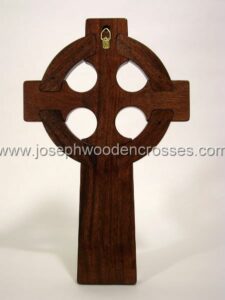 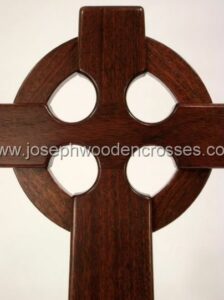 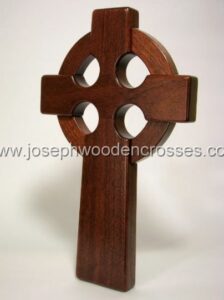 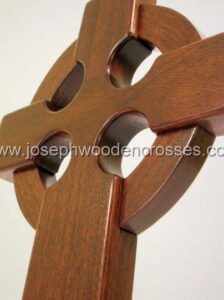 Made of solid Mahogany.

The Mahogany Irish Celtic Cross is made of solid Mahogany.

Finished with Mahogany Stain and 4 coats of Clear Satin Polyurethane.

A brass hanger on the back for wall mounting or hanging.

Each Mahogany Irish Celtic Cross is signed and dated.

I take great pride in my work and I am very particular in detail, cut, shape and design. No art work leaves my shop until I am  satisfied.

Please call me if you have any questions, and own an original Bachner Celtic or Religious Cross
today.